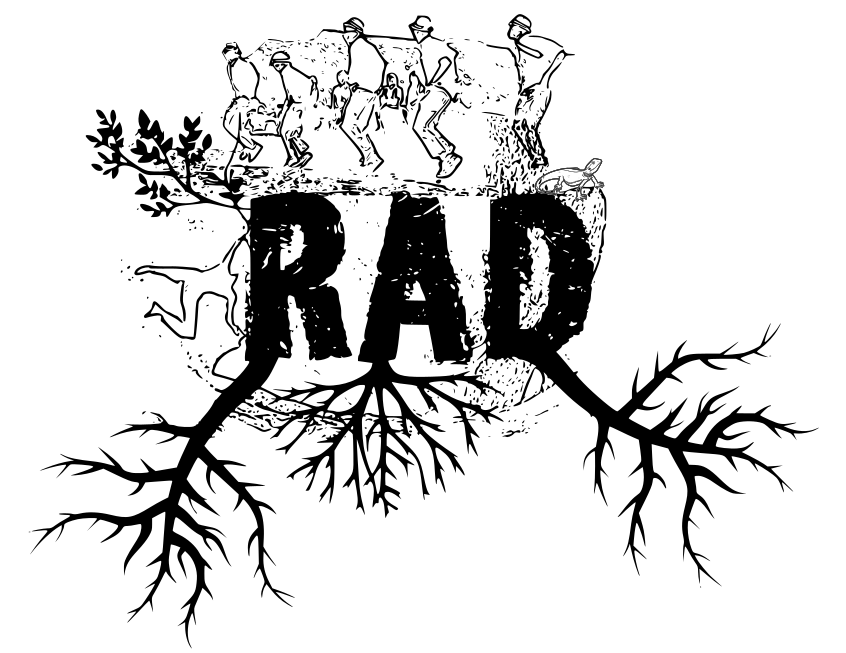 RAD’s list of active projects has been slowly but surely growing since our inception in 2017. Everything that we do initiates from a place of consultation. Every year, meetings and workshops are organised with interested locals and visitors. Our community work in particular is evolving in close contact and collaboration with the local people, who have started to take the lead in some of what we do. In 2019, a formal strategic plan was finally developed in conjunction with the communities.

As we work towards the funds that we need, however, we keep chipping at the goal with projects such as these listed below.

It is our collective responsibility to keep the bush tidy by taking care with crashpads and leaving no waste. However, given that waste does happen, RAD likes to step in whenever relevant. We conduct regular forays into the bush (particularly for “informal toilet” removal). In season, we organise clean-up days with climbers. We also commission volunteers with relevant experience to help maintain paths and wayfinding, so as to ensure that there is no unnecessary trampling of bush, and to prevent erosion. Future projects that have been discussed include green toilets for remote areas, and educational signposting.

A place to call home – the community hall

The common need by all RAD and coalition projects is a space for them to happen – and all community consultations have identified this as their greatest need: a community hall. The hall will be used for:

This idea and initial fundraising campaigns started before the formation of RAD as a private initiative by De Pakhuys owners Thys Kruger and Mark Botha in 2016. They earmarked a piece of land and gave permission for the construction of a community hall for the residents of Byneskop, on Vleiplaas. As a business, however, they weren’t in a position to put up the capital for the construction of the community hall, so a plan was put in place. By giving community members access to De Pakhuys guests in the form of community cooking evenings, funds soon started to slowly but surely grow. Upon the formation of RAD, this community hall project was adopted as one of the intiatives in need of support. To date, using funds collected by the annual community food evenings; two years worth of proceeds from the annual De Pakhuys Rockstock event ticket sales; as well as a cash injection of R50 000 by RAD benefactor Marc Le Menestrel, RAD has paid for the drafting and submission of building plans. Construction will begin after building a creche for the children – see below.

Early Childhood Development and the creche

This project has been motivated by the stark reality that there is almost zero access to early childhood development facilities in the greater Rocklands area. This means almost all of the youngest children get very little exposure to educational material of any kind before they start their formal schooling career. This puts vast amounts of pressure on the teachers at our local primary school – Elizabethfontein Primary – who find themselves on the back foot with the majority of their foundation phase pupils. RAD has also assisted several interested community members lodge applications with local authorities to embark on recognised ECD facilitator training. The operational concept for the creche has been agreed upon, collectively, amongst the mothers of the valley, and they have decided on their own running model.

As RAD community projects go, this is by far where we as a collective have advanced the most. Thanks to a the financial efforts described above, RAD has been able to make concrete strides towards the construction of a creche to cater for the children of Rocklands. Some of this money has been used to get plans drafted and approved and RAD is waiting for site inspections and subsequent permissions from the Cederberg Municipality before starting with the early stages of construction. In the meantime, from August 2019, we have been running weekly informal creche sessions, in a collaborative effort between mothers from the community, mothers from local businesses and a seasonal volunteer.

This is another De Pakhuys initiative that has been adopted by RAD – climbing school, started by De Pakhuys in conjunction with international climbers in during the 2013 and 2014 bouldering seasons. Simply, boulderers travel from around the world to climb on the rock features here in the northern Cederberg, and yet the sport remains inaccessible to the majority of local adults and children because of the cost of equipment. The plan: secure climbing gear donations from the international climbing community and give it to Rocklands locals, with some hands-on training on the areas boulders to kick-start the project. Seven years on and it is still a regular feature of Rocklands, although the focus is now at Elizabethfontein Primary School where RAD consctructed a revolving “boulder-ball” and Rooibos LTD sponsored a climbing wall. RAD volunteer JP du Plessis hosts regular climbing sessions at the school on the wall (primary-juniors) and the ball (primary-seniors). When volunteers are available to assist, select groups of children are still introduced to the boulders of Rocklands by attending after-school climbing sessions on the De Pakhuys plateau.

RAD, in conjunction with The Storytellers, host regular yoga sessions for the children at Elizabethfontein Primary School. RAD volunteer Tracy du Plessis started doing yoga at the school in 2017. The results and feedback from the school started almost immediately: calmer pupils; increases in concentration, hand-eye co-ordinaton and balance; improvements in anger management. In light of these benefits and a growing need for mats for the increasing number of eager students to stretch on, RAD benefactor Mary Gabrielli donated 40 Prana yoga mats to the school in 2018. These sessions continue during term at the school.

One of the pillars of community development is the encouragement of traditional crafts, reframing them with entrepreneurial access to the region’s existing tourism market. Two projects already supported by RAD are macrame (artistic weaving of string to create pot hangars and wall hangings) and basic leatherwork (bangles, neck jewellery and basic pouches for knives / money etc. RAD is also at concept phase of an intended partnership with South Africa’s oldest shoe factory, Strassbergers in Clanwilliam, to forge an apprentice program for community members who show promise in leatherwork. These projects lack a permanent home until construction of the hall, but are currently taking place at Verhaal.Kraal at The Storytellers.

Rockstock has long been a Rocklands institution. Since 2017, De Pakhuys has handed the event over to RAD and it remains our single biggest fundraising event of the year. Since RAD has taken over, our treasurer and chief party officer, RAD volunteer James Cooper, has changed the event to include climbing challenges and games before the traditional air guitar, feast and dancing begins, and it has been very well received.

For the past three years, a group of fynbos experts from the Rocklands local communities has been working with a University of Cape Town group, the Co-Create project, to enliven their memory of indigenous foods. Inspired by the project success, the community in conjunction with RAD volunteer Tracy du Plessis decided to create an informal collective called the FynbosMengsels, who experiment with the use of fynbos plants in the product of personal care products, and in making food. They have now decided to combine these skills, coupled with what was learned during the campsite fundraising cooking events, and will now be hosting a pop-up fynbos food restaurant for tourists – just as soon as it becomes permissible to host guests on the land again. If any part of Rocklands 2020 takes place, be sure to look out for these community-run, community-benefit events at Verhaal.Kraal.

This is a concept project initiated by RAD but still awaiting funding or donor-sponsored training, inspired by tragic real-life events. The Cederberg, like all wilderness areas, can be unforgiving and dangerous. Serious accidents do happen and the remote areas, vast terrain and limited patches of cell phone reception all pose a real challenge to rescue teams when ill-fortune does strike. When there is a fire or a security threat in Rocklands, volunteers from across the valley respond and offer whatever assistance they can – and serious accidents in the wilderness areas are no different, but special training is needed for that assistance to be of any benefit to the professional rescue crews.

This is where RAD hopes to fill the gap by providing local residents with some basic wilderness first aid and rescue operation protocol training to make them better equipped to help formal rescue teams when disaster strikes. Also, basic first aid training may mean the difference between life and death for a patient while waiting for formal medical assistance. Another vital part of this initiative is fundraising for satellite-based communications equipment to assist rescuers stay in touch during active rescue / recovery operations; as well as initiating discussions with the local farmers union to gain access to their existing emergency radio network during times of medical emergency.

A concept that has been put forward would couple this emergency training (which would hopefully only require ad hoc response) with something that could provide more regular entrepreneurial opportunity: wilderness and heritage guides. A substantial demand exists for guiding services in Rocklands. These demands range from the very simple (such as conducting tourists wishing to save time and orientate themselves to climbing sites or taking film crews to specific, scenic features), all the way to complex, intensely content-based guiding (such as plant, nature or rock art guiding, possibly to groups with mixed physical abilities).